We are the newest tennis club on St. Augustine’s stunning Anastasia Island, just off the 312 Bridge and Plantation Island Drive South.

Our club offers five top-of-the line Har-Tru Hydro Clay Courts; three of them have night lighting. Impeccably maintained, they offer the ultimate tennis experience. There is plenty of parking right on site. Upcoming expansion plans are in the works with more night lighting, and a multi-purpose clubhouse, exercise room and pool.

At Harbour Island we simply want you to have fun and make new friends while you get better at a game that’s truly one of the best lifetime sports. This is a place where everyone feels at home, where newcomers easily become part of the community, and where anyone is truly welcome. 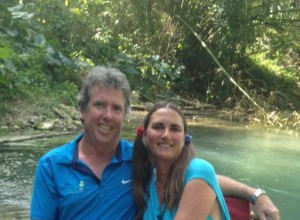 Rich & Marie Turnbull built this facility in order to share their love of tennis with St Augustine. Initially, their plan was simple: to build a place where they could play tennis with their friends. That soon changed when more and more friends of friends began showing up, drawn to this unique setting for a tennis club. Today, anyone from the serious athlete looking for a challenge to the novice hoping finally to learn how to hit a ball over the net, along with and everyone in between, can be found socializing, exercising and relaxing on and off these courts.

Much like Rich & Marie, their facility is warm and inviting. The membership rates are very affordable. Rich & Marie encourage the development of new programs, new players, and new ways to socialize. They are proud to offer clinics run by top-notch tennis professionals who are great teachers and, like them, just great people.

Rich & Marie hope that you will visit their facility, become part of this rapidly growing community, and enjoy the sport of tennis as much as they do. 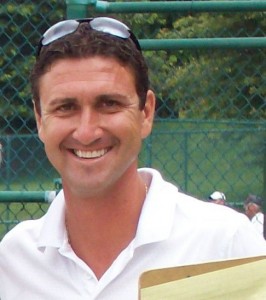 Tennis Pro Ivo (pronounced e-vo) has been a USPTA Professional Level 1 since 1999 and has been ranked in the top 100 juniors in the world. He received his Bachelor of Science in Sports Management from Campbell University (NC). Originally from Sofia, Bulgaria, Ivo has played on the Men’s ATP Tour and was selected to participate on the Davis Cup team for his country. As a junior player, he was ranked # 1 in his native country in the 12s, 14s and 18s year-old age brackets.

When it came time to stop playing tournaments, Ivo took up teaching. His previous club in Brevard North Carolina summed up his record: “His dedication and enthusiasm for the game of tennis motivates and inspires players at every age and skill level.”

Ivo has worked extensively in events and tournaments planning, and has been in both private club and resort industry for over 15 years. He excels at developing and implementing new tennis programs and activities to grow participation and membership at his club. He also has vast experience in bringing league play to clubs, directing tournaments, running Quick Start junior programs, Cardio Tennis, and developing competitive junior programs for all ages and levels. He has also managed Pro/Am events and charity tournaments. He has continued to mentor great elite juniors, coaching some of the biggest names in tennis.

Ivo lives in Saint Augustine with his lovely wife Caitlin, and their sons, Simon and Griffin. 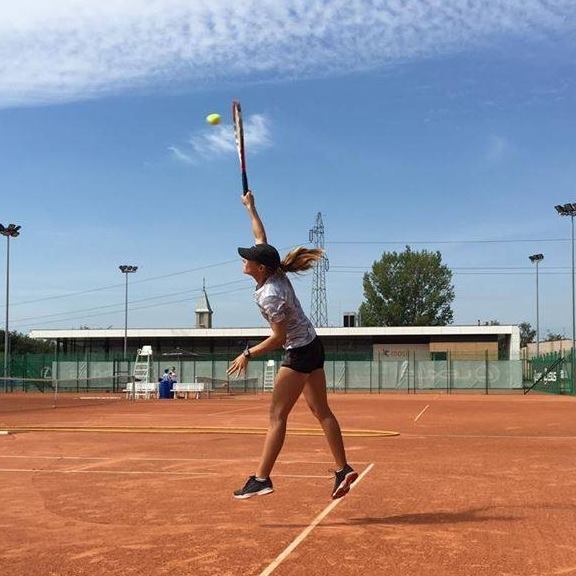 Anna is a 28 year old certified tennis professional and personal trainer. Fluent in Polish and English, Anna came from Concord, Massachusetts, and began working with us on November 10, 2016. She holds a bachelor’s degree in Sociology from Louisiana Tech University. Anna has an impressive resume and is a great addition to our club.

We feel tennis is the ultimate sport because:

…and because it’s great fun!

Its historic moniker has been the “sport for a lifetime”.  But is this really true?  According to world-renowned scientists from a variety of disciplines, there is no doubt that tennis is one of the best sports for you to play.

Here are the facts:

1. People who participate in tennis 3 hours per week (at moderately vigorous intensity) cut their risk of death in half from any cause, according to physician Ralph Paffenbarger who studied over 10,000 people over a period of 20 years.

2. Tennis players scored higher in vigor, optimism and self-esteem while scoring lower in depression, anger, confusion, anxiety and tension than other athletes and non-athletes according to Dr. Joan Finn and colleagues at Southern Connecticut State University.

3. Since tennis requires alertness and tactical thinking, it may generate new connections between nerves in the brain and thus promote a lifetime of continuing development of the brain, reported scientists at the University of Illinois.

4. Tennis outperforms golf, inline skating and most other sports in developing positive personality characteristics according to Dr. Jim Gavin, author of The Exercise Habit.

With these results in mind, let’s take a look at 34 specific reasons why you should consider playing tennis regularly!

1. aerobic fitness by burning fat and improving your cardiovascular fitness and maintaining higher energy levels.
2. anaerobic fitness by offering short, intense bursts of activity during a point followed by rest which helps muscles use oxygen efficiently.
3. ability to accelerate by practice in sprinting, jumping and lunging to move quickly.
4. powerful first step by requiring anticipation, quick reaction time and explosion into action.
5. speed through a series of side-to-side and up and back sprints to chase the ball.
6. leg strength through hundreds of starts and stops which build stronger leg muscles.
7. general body coordination since you have to move into position and then adjust your upper body to hit the ball successfully.
8. gross motor control through court movement and ball-striking skills which require control of your large muscle groups.
9. fine motor control by the use of touch shots like angled volleys, drop shots and lobs.
10. agility by forcing you to change direction as many as 5 times in 10 seconds during a typical tennis point.
11. dynamic balance through hundreds of starts, stops, changes of direction and hitting on the run.
12. cross-training by offering a physically demanding sport that’s fun to play for athletes who are expert in other sports.
13. bone strength and density by strengthening bones of young players and helping prevent osteoporosis in older ones.
14. immune system through its conditioning effects which promote overall health, fitness and resistance to disease.
15. nutritional habits by eating appropriately before competition to enhance energy production and after competition to practice proper recovery methods.
16. eye-hand coordination because you constantly judge the timing between the on-coming ball and the proper contact point.
17. flexibility due to the constant stretching and maneuvering to return the ball toward your opponent.

18. develop a work ethic because improvement through lessons or practice reinforces the value of hard work.
19. develop discipline since you learn to work on your skills in practice and control the pace of play in competition.
20. manage mistakes by learning to play within your abilities and realizing that managing and minimizing mistakes in tennis or life is critical.
21. learn to compete one-on-one because the ability to compete and fight trains you in the ups and downs of a competitive world.
22. accept responsibility because only you can prepare to compete by practicing skills, checking your equipment and during match play by making line calls.
23. manage adversity by learning to adjust to the elements (e.g. wind, sun) and still be able to compete tenaciously.
24. accommodate stress effectively because the physical, mental and emotional stress of tennis will force you to increase you capacity for dealing with stress.
25. learn how to recover by adapting to the stress of a point and the recovery period between points which is similar to the stress and recovery cycles in life.
26. plan and implement strategies since you naturally learn how to anticipate an opponent’s moves and plan your countermoves.
27. learn to solve problems since tennis is a sport based on angles, geometry and physics.
28. develop performance rituals before serving or returning to control your rhythm of play and deal with pressure  These skills can transfer to taking exams, conducting a meeting or making an important sales presentation.
29. learn sportsmanship since tennis teaches you to compete fairly with opponents.
30. learn to win graciously and lose with honor.  Gloating after a win or making excuses after a loss doesn’t work in tennis or in life.
31. learn teamwork since successful doubles play depends on you and your partner’s ability to communicate and play as a cohesive unit.
32. develop social skills through interaction and communication before a match, while changing sides of the court and after play.
33. have FUN… because the healthy feelings of enjoyment, competitiveness and physical challenge are inherent in the sport.

Is it any wonder that scientists and physicians around the world view tennis as the most healthful activity in which you can participate?  There may be other sports that can provide excellent health benefits and some which can provide mental and emotional growth.  But no sport other than tennis has ever been acclaimed from all disciplines as one that develops great benefits physically, mentally and emotionally.

Tennis is a sport for kids to learn early in life.  What parent wouldn’t want their children to get these benefits through their growing years?

It’s not too late for adults and seniors too!  The human system can be trained and improved at any stage of life.

Here’s the key… you must begin playing tennis now to get these benefits throughout your lifetime.  And that brings us to reason #34:  Tennis is truly  the sport for a lifetime!  It’s been proven.